I started writing one year ago in June. That’s right, one year. Before then I had never written anything outside of academics. It is difficult to put into words what a grand adventure it has been for me so far, but I will do my very best. (What’s the lesson)

This story does not begin with pen and paper or even a blank Google doc. No, it begins in a busy office at a small transit company where my co-worker (and one of my best friends), said to me “Hey. You have to read this book.” And that was how I became hooked on lesfics (much like Hooked on Phonics, but…queerer). I devoured one lesbian novel after another until I realized that my bank account could no longer support the habit (I’m too lazy for the library, okay?). At that point my co-worker/bestie, being the resourceful deviant she is, shepherded me over to Wattpad.

I fished in that pond until I was scraping the bottom of the barrel, but it didn’t take long before I was craving something more. After a failed music career and years of searching for another creative outlet I was ready to write. There was just one problem; I didn’t have any ideas, or at least not any that I could see through to the end.

Then, one fateful night, a small dream – a young woman pining for the woman in the room next to hers in a mysterious facility – sprung the flood gates and Unbecoming Humans was born. I committed myself to Wattpad’s #JustWriteIt (their version of NaNoWriMo) and whipped out the first draft in a month. Once I had finished the story, I dove into the community, hoping to drudge up some interest in my work and find more excellent reads. I got involved on forums and in book clubs. After a few timid interactions on Wattpad, a certain someone dragged me onto Twitter, and that’s where the real magic started.

Not only have I become more and more involved in the writing community across several social media platforms, but I have forged fast friendships across the globe. As much as I love creating stories, it is the people I have met through writing that have made the experience invaluable. I am in a stage of life where friendships are difficult to come by, especially for an antisocial Hobbit such as me. The wonderful people I’ve met have helped me learn and grow as a writer and as a human, and I can’t thank them enough for gracing me with their companionship.

Without the wonderful writing community I never would have made it through the first draft of Off Pitch, nor would Ihave had the courage to submit it to pitch events on Twitter, nor would I have been able to turn a query into a publishing deal. I love writing, but without you wonderful people I never would have found success and there are not enough thank you’s for that. Here’s to another great year ahead, and many more to come!

But enough gushing. The Ninestar Press team and I are still working dilligently to get Off Pitch into your hands. Keep an eye out for more news. In the meantime, I’m about to get back to work on book 2 of the Unbecoming Humans series. I’d like to finish it and have a good start on the re-write of the first book in time for the Surrey International Writer’s Conference in Vancouver, British Columbia. If you’ll be attending the conference in October, let me know in the comments! Let’s meet up!

2 thoughts on “One Year Later…” 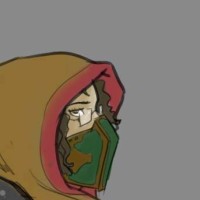